Being with children has to be one of the most life-affirming situations going. The other weekend, I had the wonderful pleasure of spending a day with my grandnephew Dylan and his sisters Lily and Rose. Not seeing us very often, naturally they were shy – for a whole ten seconds; after that, we were treated to sweet renditions of Let It Go, silly jokes and “bottom trumpets” when Dylan was on my lap (followed by giggles. Lots of giggles. Mainly from me.)

It was a day of fun and laughter that left me exhausted. But it also had me thinking about the life-lessons we can learn from children.

Age is just a number

Of course, any day with young children involves teasing them about their age. Dylan, Rose and Lily were adamant about how old they were (six and three respectively) and that we were silly for thinking otherwise. But when it came to asking them how old we were…

Rose looked at me. Then my 89-year-old mam. Then back at me.

Mam’s grey hair and wrinkles meant nothing. They were unable to say how old either of us were. To them, we were just grown-ups.

And with that came a freedom. We could all play and be silly because suddenly, to these three, we were ageless. All society’s rules fell away and we were allowed to pull funny faces in the restaurant, blow bubbles in juice and, most importantly, laugh as much as we wanted.

And in this ageless twilight zone, we were all treated the same. It was wonderful.

Take time out to appreciate the world

Like Kermit’s nephew Robin, I used to love sitting halfway down the stairs when I was younger. (The rest of the family didn’t care much for shuffling round me, it has to be said.) It was a weird spot where I could sit and think.

Or rather, not think.

My mind would go blank and I’d just be there, listening to the cars outside, the call of the shipyard finishing the shift, Mam making tea.

I was doing what I find so hard to do now: meditate.

Children do this so naturally. Something catches their attention and they just stop and watch it. Nothing else matters but that, whether it’s a ladybird on a flower or watching the clouds overhead.

Grown-ups, on the other hand, fly around so full of busy and importance that we don’t notice what’s going on around us. We miss that sense of beauty and wonder.

Surround yourself with a magic cardy

Dylan, Rose and Lily weren’t the only youngsters around. My nephew brought his two cockapoo puppies, Bobik and Luka, strawberry-blond balls of excited energy that jumped up at everyone in an effort to share the love.

Except Lily and Rose weren’t too keen on that love. Scared of the boisterous pups with their claws, they snuggled into us, determined to stay away.

With their dresses leaving their arms and legs exposed, I didn’t blame them. But we didn’t want them to be scared of dogs so we grabbed some long cardies and covered them up.

Within a few minutes, the girls were reaching out to stroke the dogs with us, while we explained the pups were just wanting to show how happy they were.

It wasn’t constant sweetness and light, of course. There were a few squeals and they were still nervous, but the “magic cardy” gave them the power they needed.

It’s a trick I use when I go to an event by myself – but in a more stylish way. It is nerve-racking stepping into a room of strangers when you’re rubbish at small talk and feeling like an imposter. The room is always full of noise and laughter and everyone is in groups and you’re alone and often much older than the others and usually a lot smaller and dumpier and greyer.

So I wrap myself in a magic cardy. Or rather, I put on a persona of a confident woman who is perfectly at ease, grab a drink and work it.

It has introduced me to some amazing people, including a war artist, authors, chocolate-makers, philanthropists…

So next time you have something frightening ahead of you, get your magic cardy.

Playtime is when children learn – they experiment, let their imaginations go, be creative and try new things. By role-playing, they get to imagine life as someone else and learn how they would react walking in that person’s shoes.

We stop playing when we’re “grown-up” and with it, we lose our sense of spontaneity and openness. Now I’m not saying you should play doctors and nurses again (unless you’re both consenting adults, of course, and choose your playground carefully.) But go for a kickabout in the park or get on the swing (they’re quite scary when you’re a grown-up).

But you must try the flying fox in the park. I have to be helped on it because it’s a bit high and then Mr 50Sense sends me flying down, as I scream all the way. It clears my mind and I feel alive. Mr 50Sense objects after about the fifth time, however. (And I ignore the fact the playground is called Toddlers’ Cove. Ageist.)

Plus playing can make you laugh and that has so many health benefits, such as decreasing your stress levels, and let you connect with people on a whole new level. No wonder Channel 4’s Old People’s Homes for 4 Year Olds was such a success. 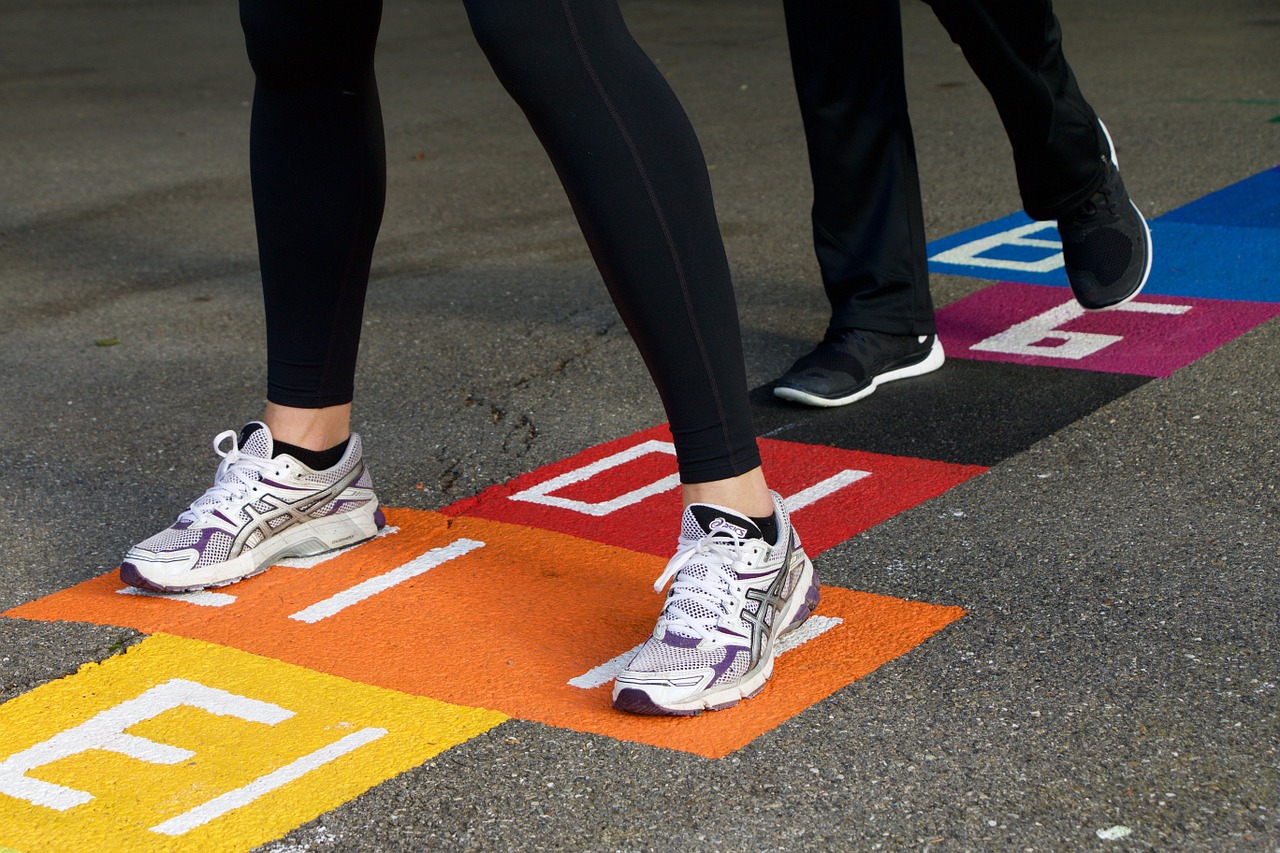 Make time for yourself

We all know a child who likes to be by themselves at times. In the middle of a party or the playground, they take time away from the others to be alone. We don’t mind this behaviour in children, but it is almost unforgivable in grown-ups. Take time out for yourself and you’re deemed to be anti-social.

But some people – me included – need that time out. People think that introverts don’t like being with people. That’s not true. I love it. Until I don’t. And then I desperately need to be by myself, to stop the chatter and social overload and recharge my drained brain.

It’s not that I don’t want to be social or with people. It’s that I physically can’t anymore. My whole body feels so sensitive to every noise that it almost hurts and the sense of stillness when I leave is heavenly.

Of course, the next day, when I hear the gossip or see the photos on social media, part of me wishes I had stayed, but I know that I couldn’t.

If you have a friend like this, please read The Introvert Brain Explained before you roll your eyes as they leave early. And if you are the introvert, read it, too, to understand why.

Our bodies are a mass of chemicals and electric signals that sometimes need resetting. Alone time allows us to do that.

And if you need time for yourself – for any reason and no matter where you are – take it, because…

What life-lessons have you learnt from children? I’d love to know. Leave me a comment below.


Merry Christmas – and where I’ve been

5 life lessons that menopause has taught me

Summer reads to make you laugh, cry and think

When it comes to the menopause, it’s time to forget we’re women

5 life lessons we can learn from children

Seven reasons we should be positive about the menopause

Mothering Sunday: Who are your mothers?

Menopause Musings – or why the change can be a laughing matter

50Sense wins the Versatile Blogger Award – but there’s a twist…

Growing old gracefully and disgracefully – and why you shouldn’t care

The 5 best menopause blogs and sites from around the web

House of Glass by Susan Fletcher review: A gothic ghost story with a very modern heroine

Why I’m resolving to love more

How to take a perfect Tinder selfie – the professional’s guide

I want to empower women – but I’m an imposter

Tender Heroine: The strength in being female

Sex Pistols, GTA and Rambo – welcome to the OAPs’ home

Raise a glass to Old-Fashioned Week

Ten reasons we should celebrate getting older

How your child is missing out on a childhood Sex Pistols, GTA and Rambo – welcome to the OAPs’ home of the future Winter skincare: How to look your best in the cold Lulu Guinness x Bobbi Brown: A Pretty Powerful link-up to help women in need

This site uses Akismet to reduce spam. Learn how your comment data is processed.

This website uses cookies to improve your experience while you navigate through the website. Out of these cookies, the cookies that are categorized as necessary are stored on your browser as they are essential for the working of basic functionalities of the website. We also use third-party cookies that help us analyze and understand how you use this website. These cookies will be stored in your browser only with your consent. You also have the option to opt-out of these cookies. But opting out of some of these cookies may have an effect on your browsing experience.
Necessary Always Enabled
Necessary cookies are absolutely essential for the website to function properly. This category only includes cookies that ensures basic functionalities and security features of the website. These cookies do not store any personal information.
Non-necessary
Any cookies that may not be particularly necessary for the website to function and is used specifically to collect user personal data via analytics, ads, other embedded contents are termed as non-necessary cookies. It is mandatory to procure user consent prior to running these cookies on your website.
SAVE & ACCEPT
Scroll to Top
Go to mobile version